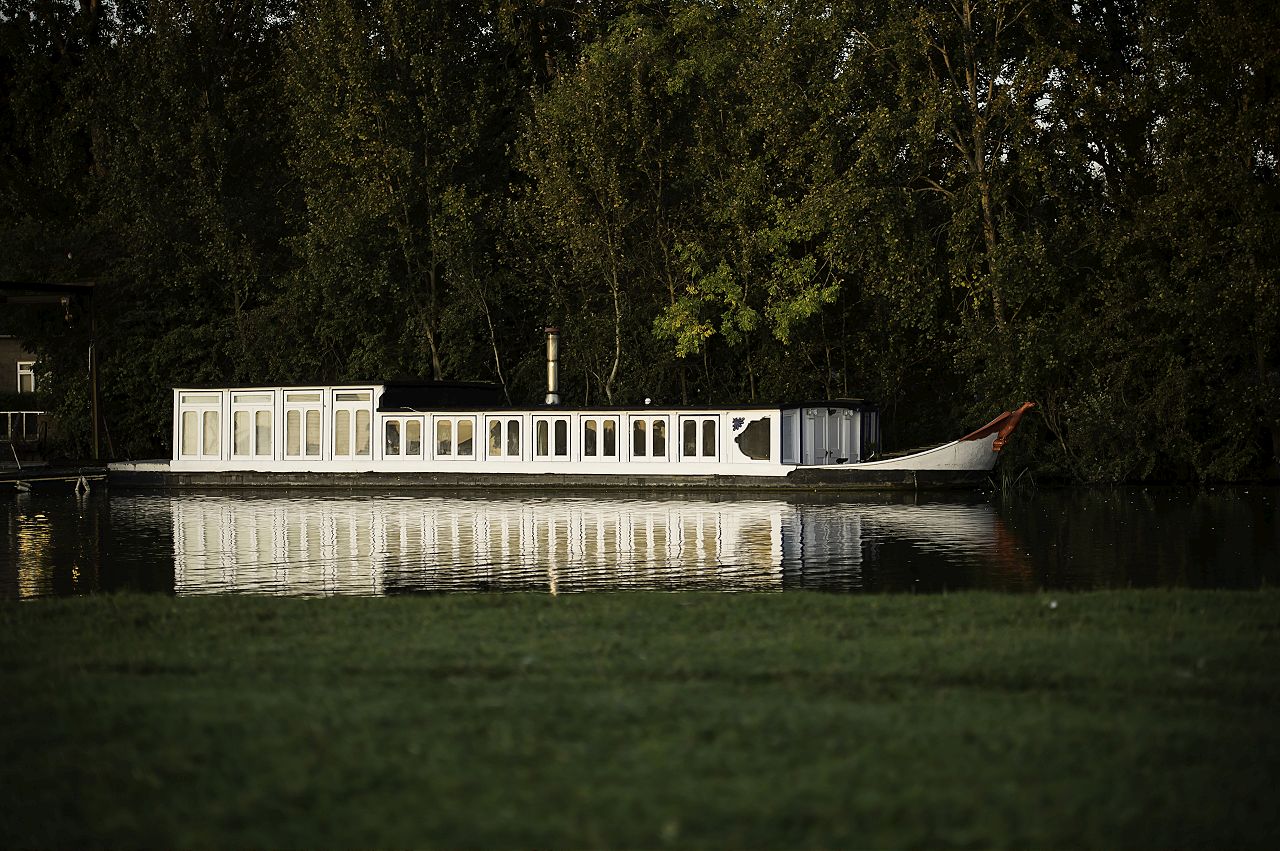 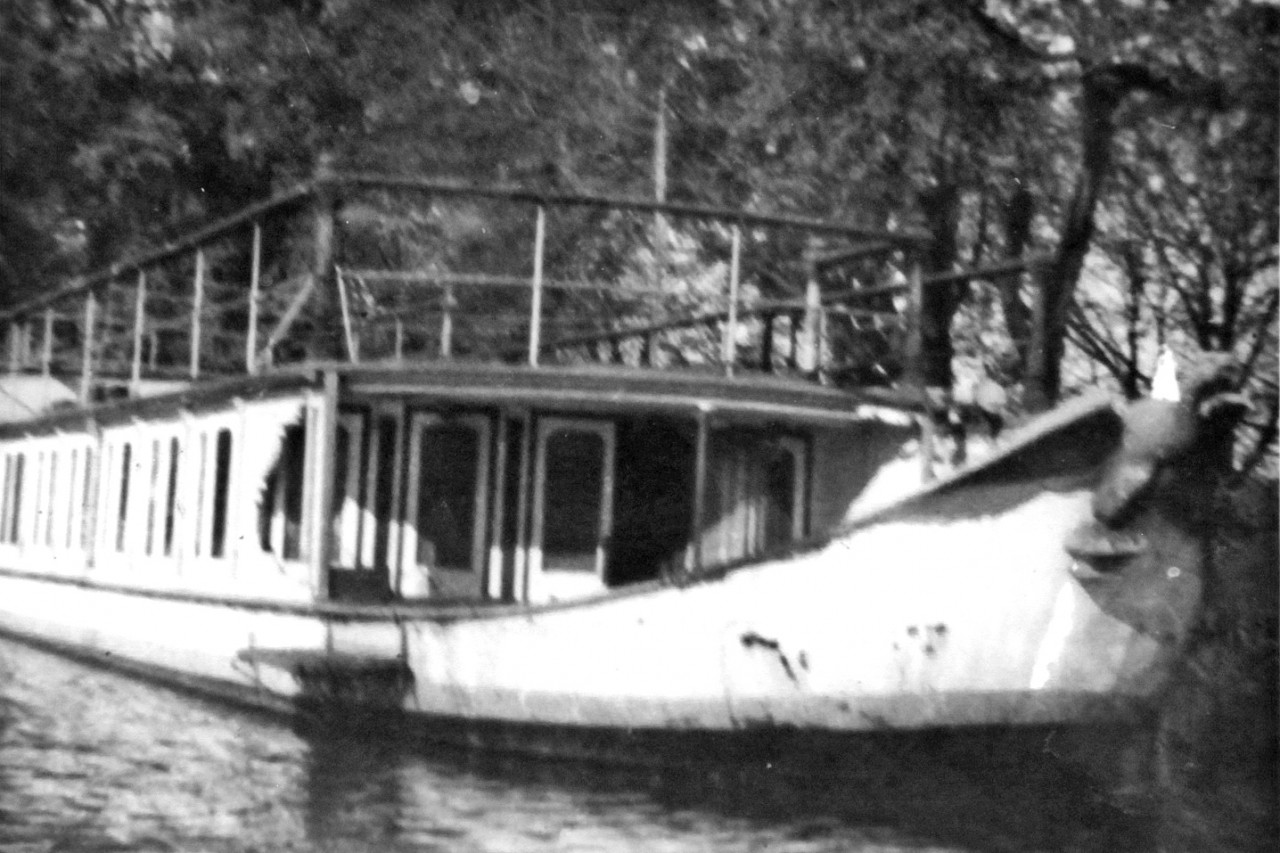 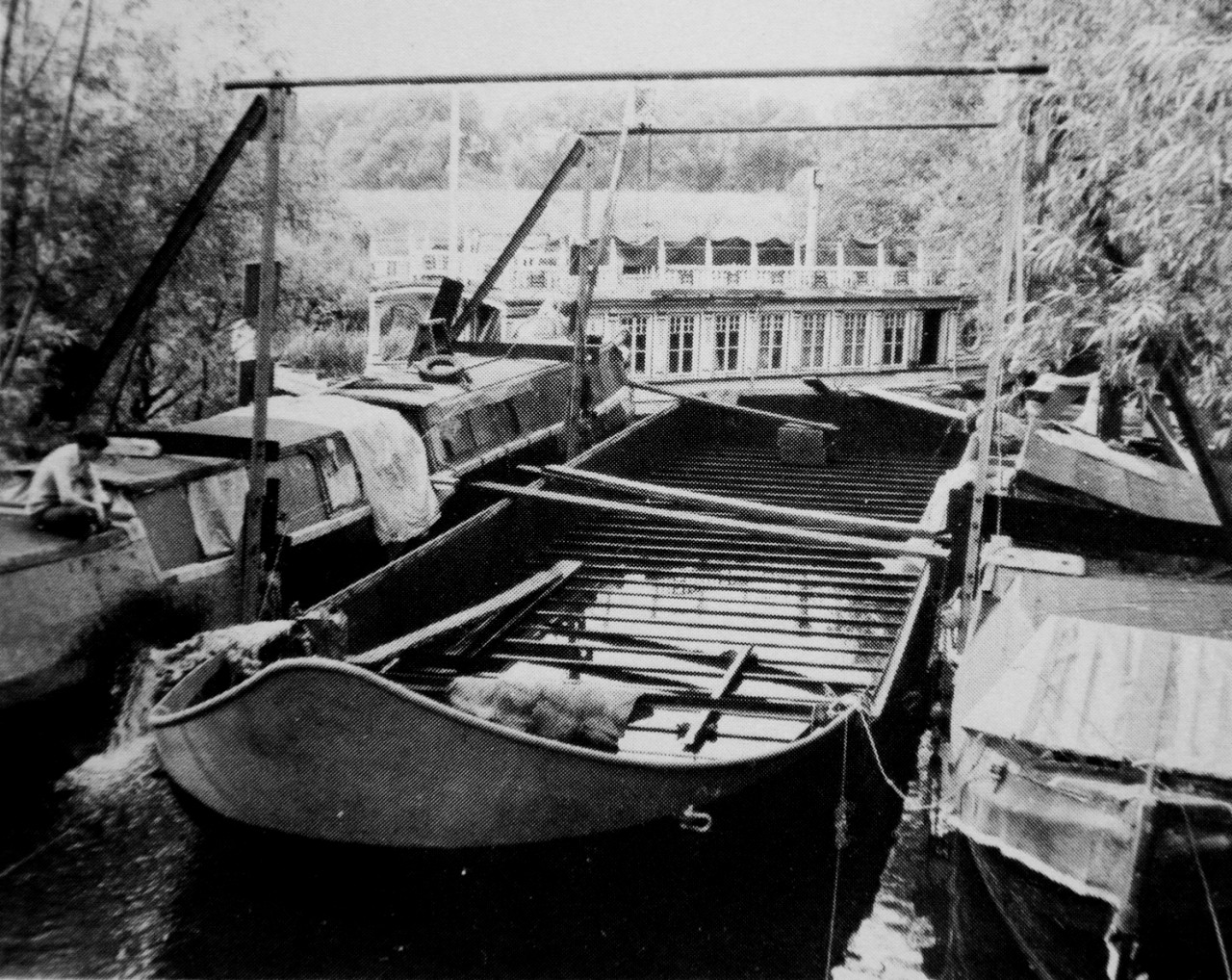 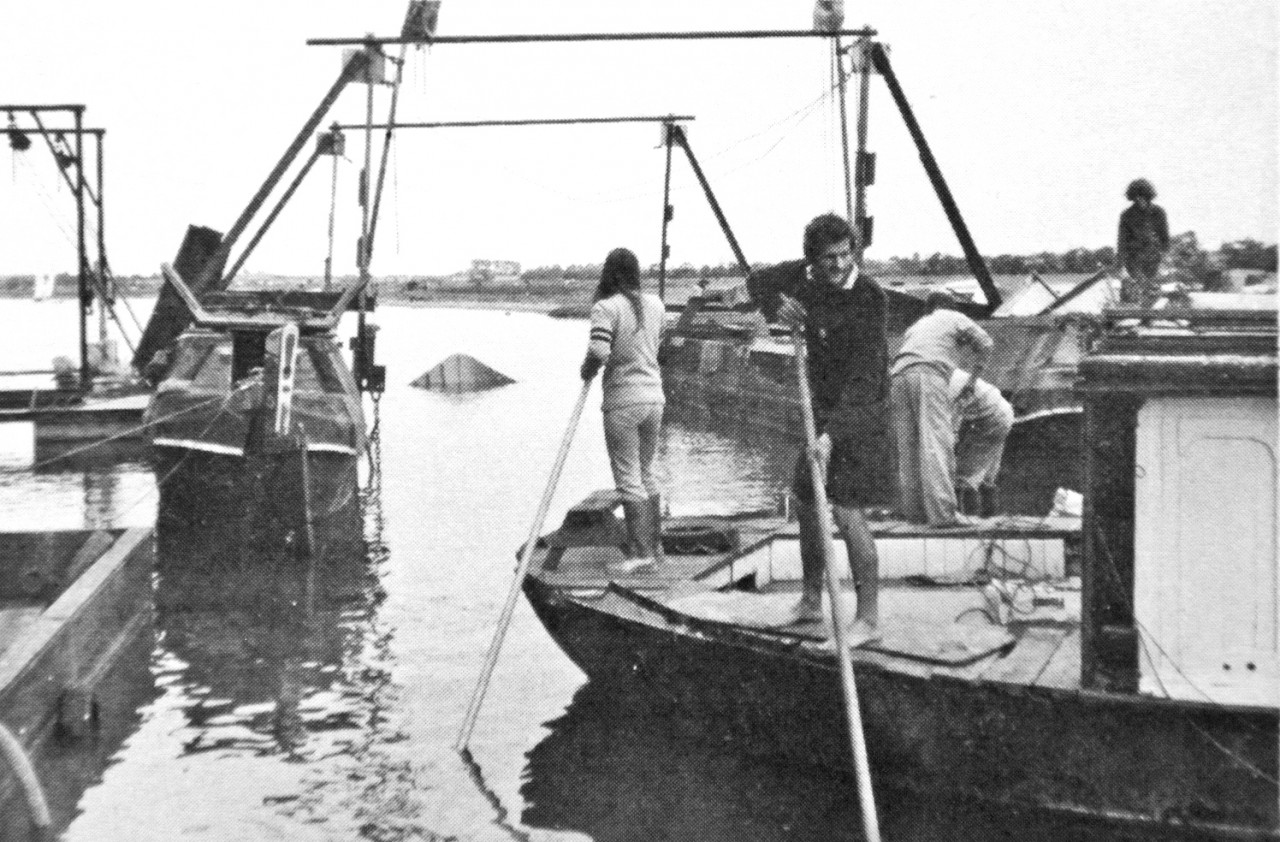 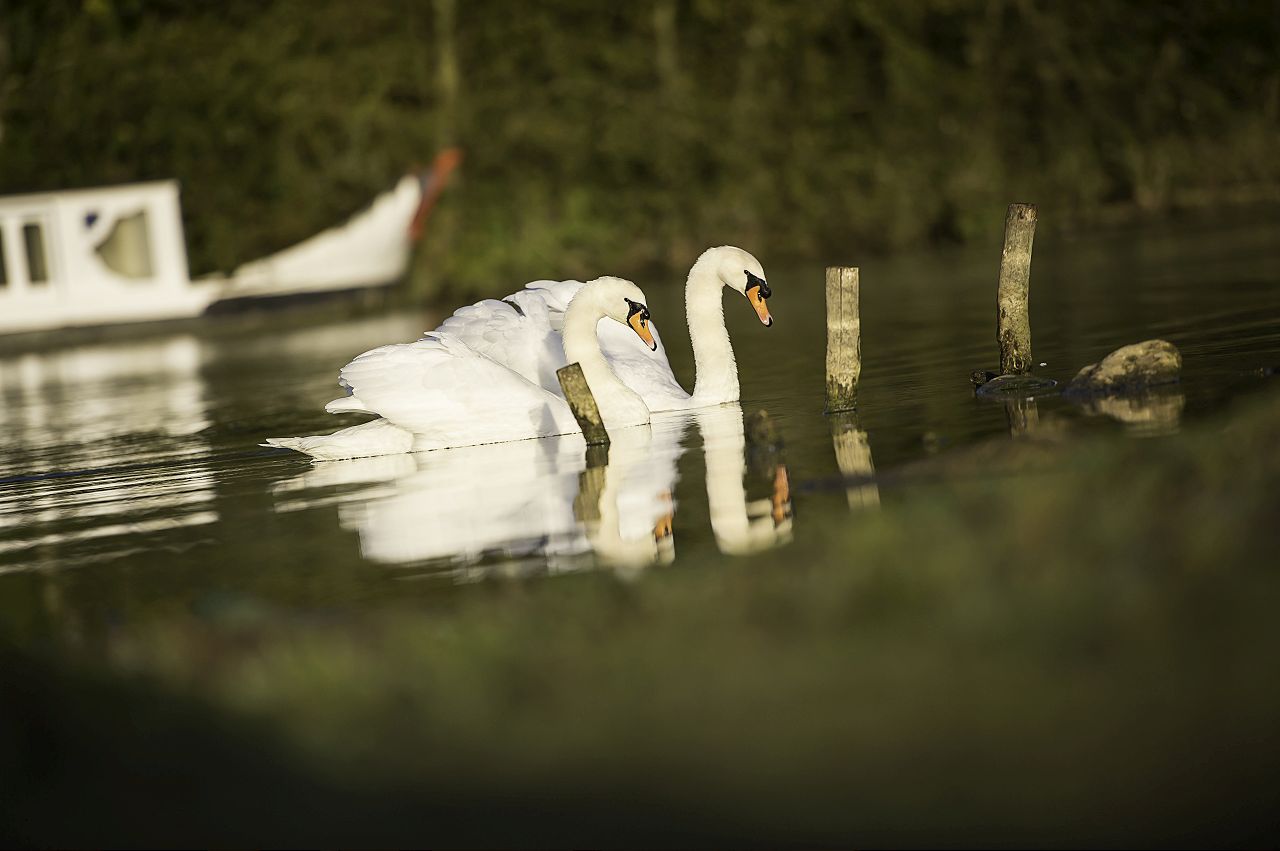 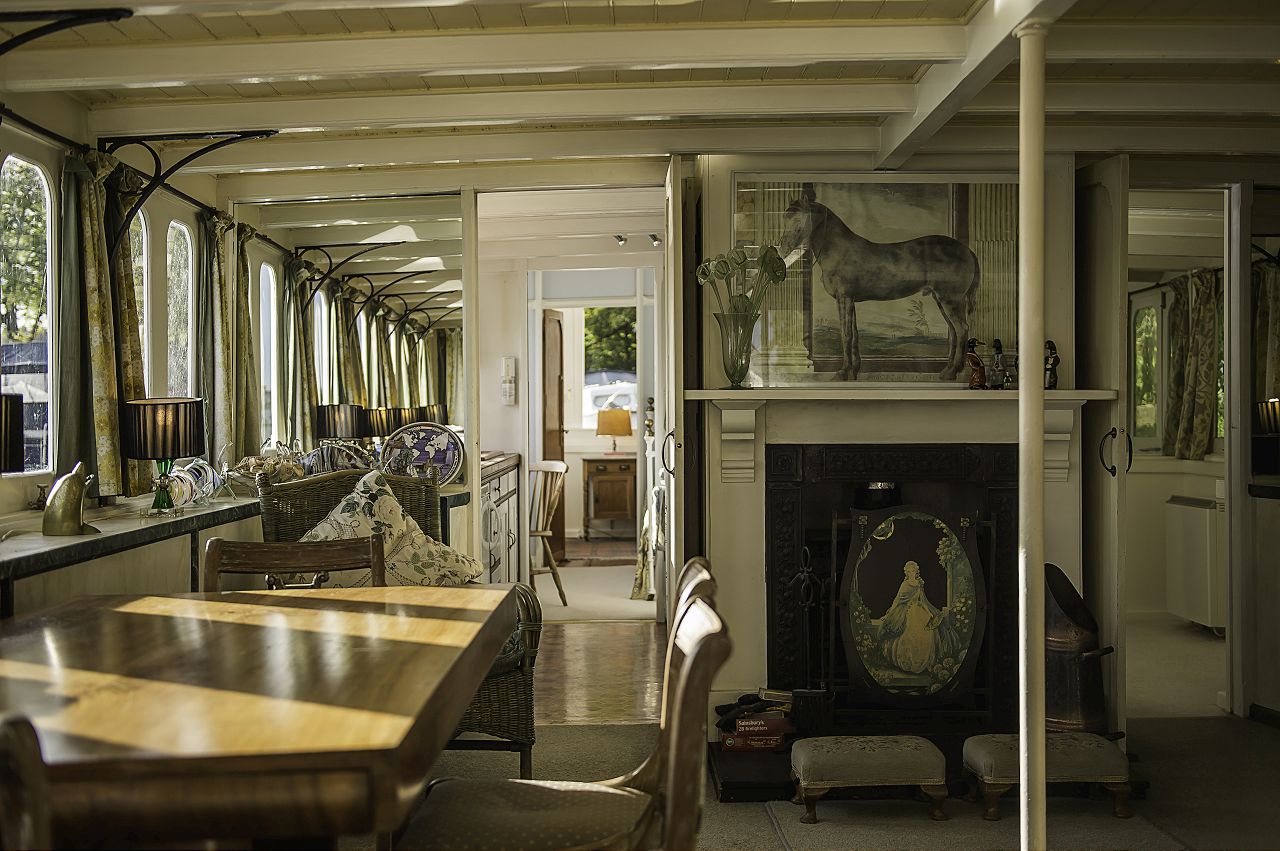 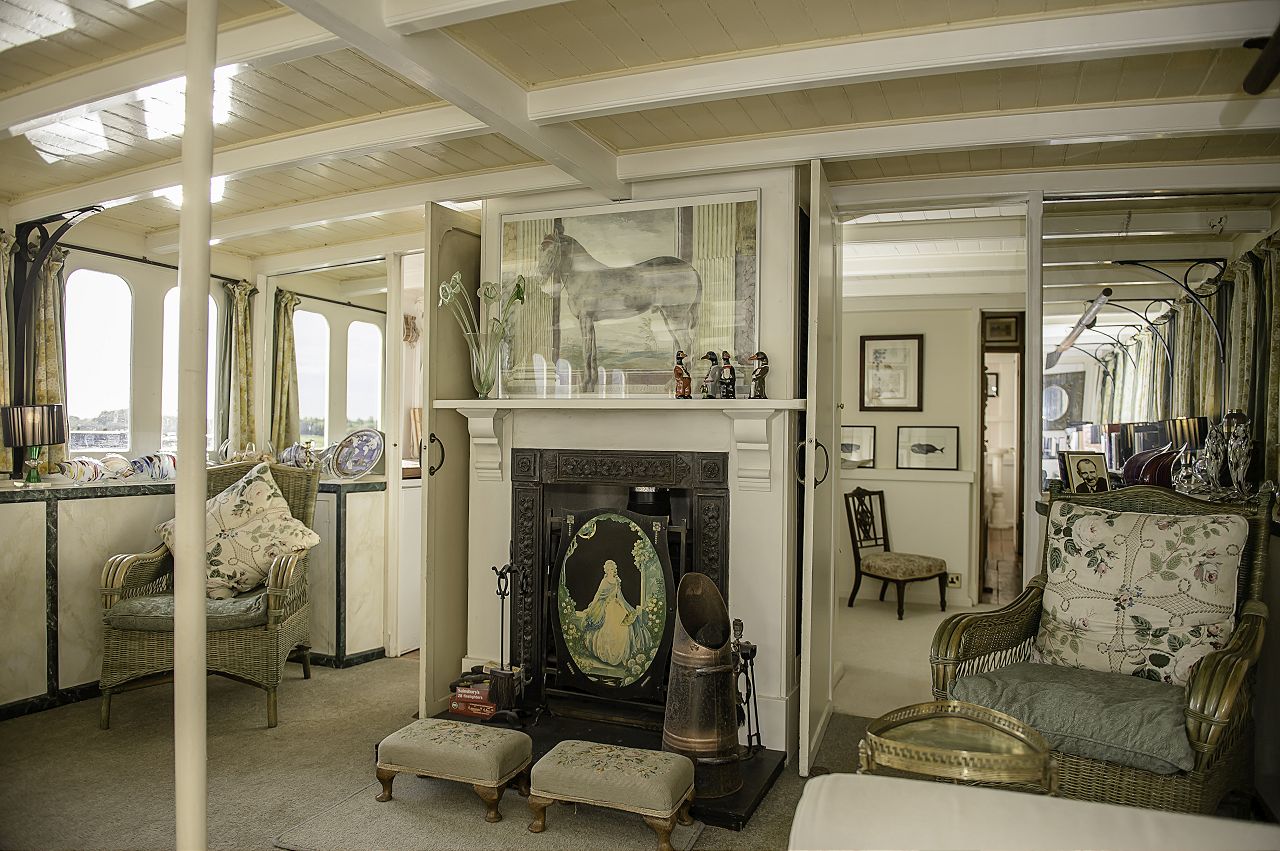 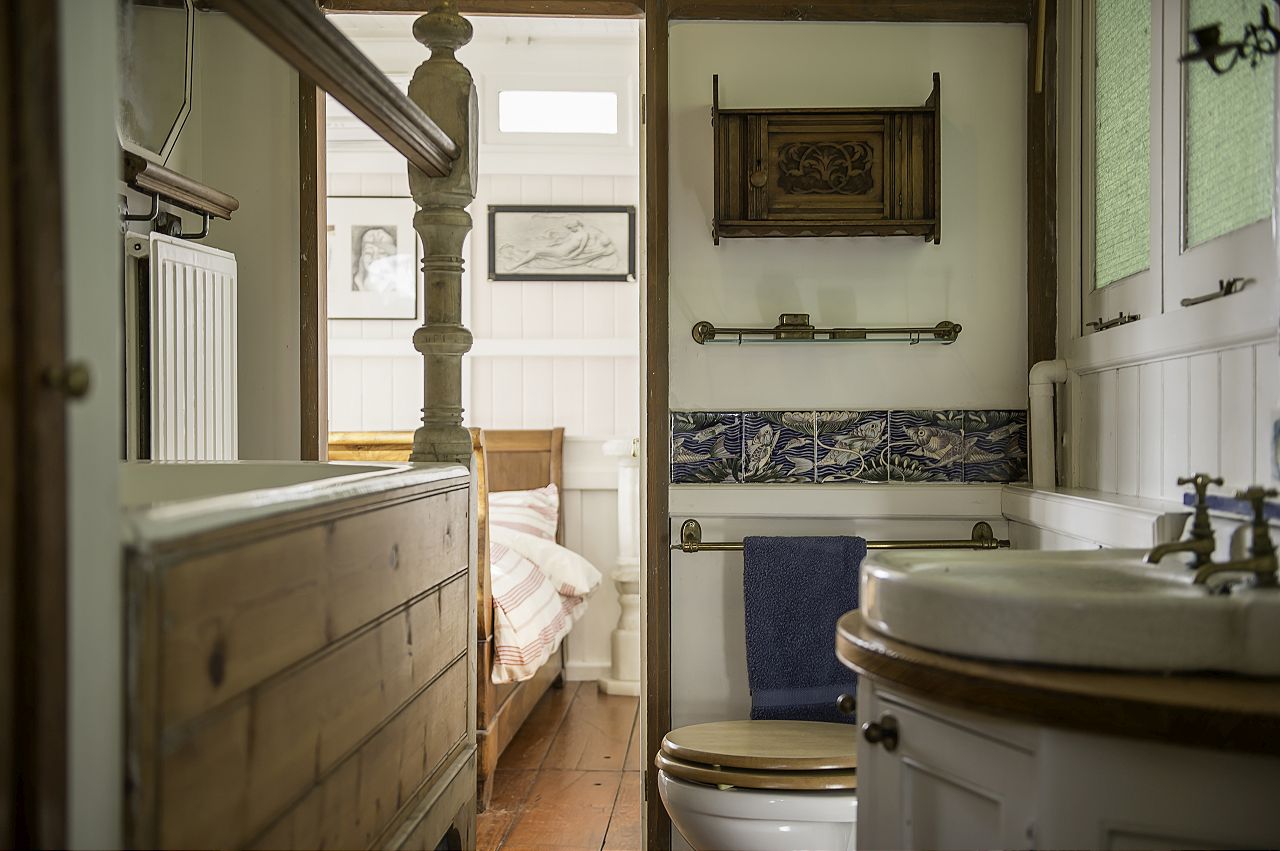 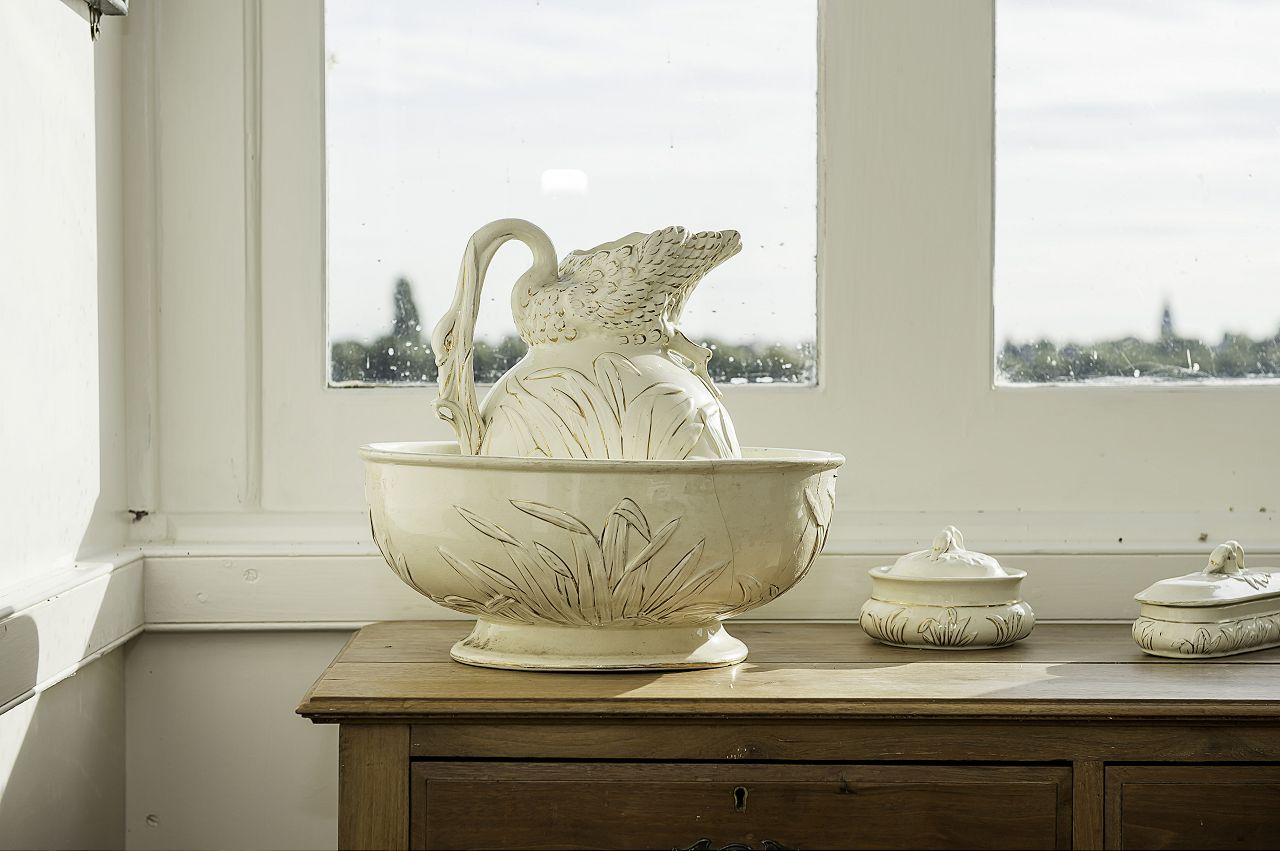 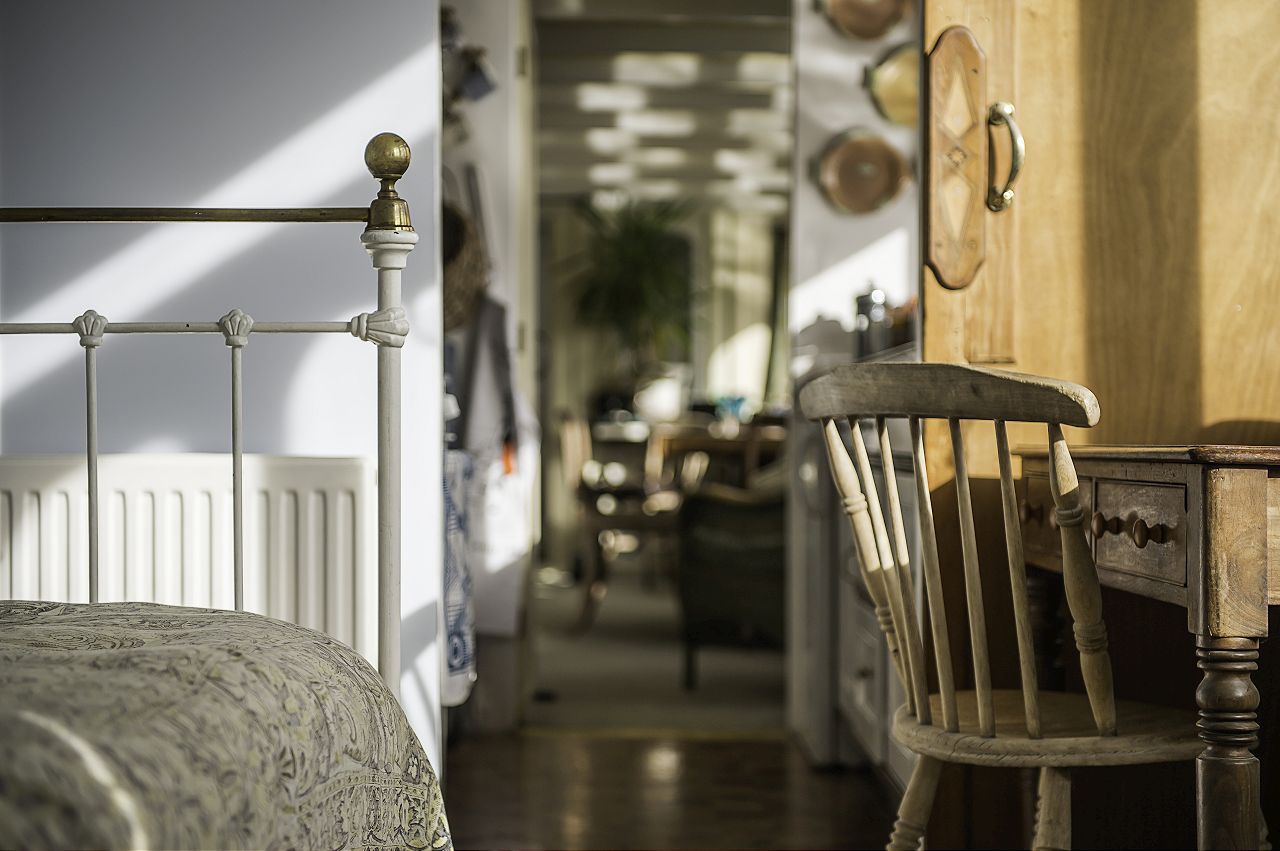 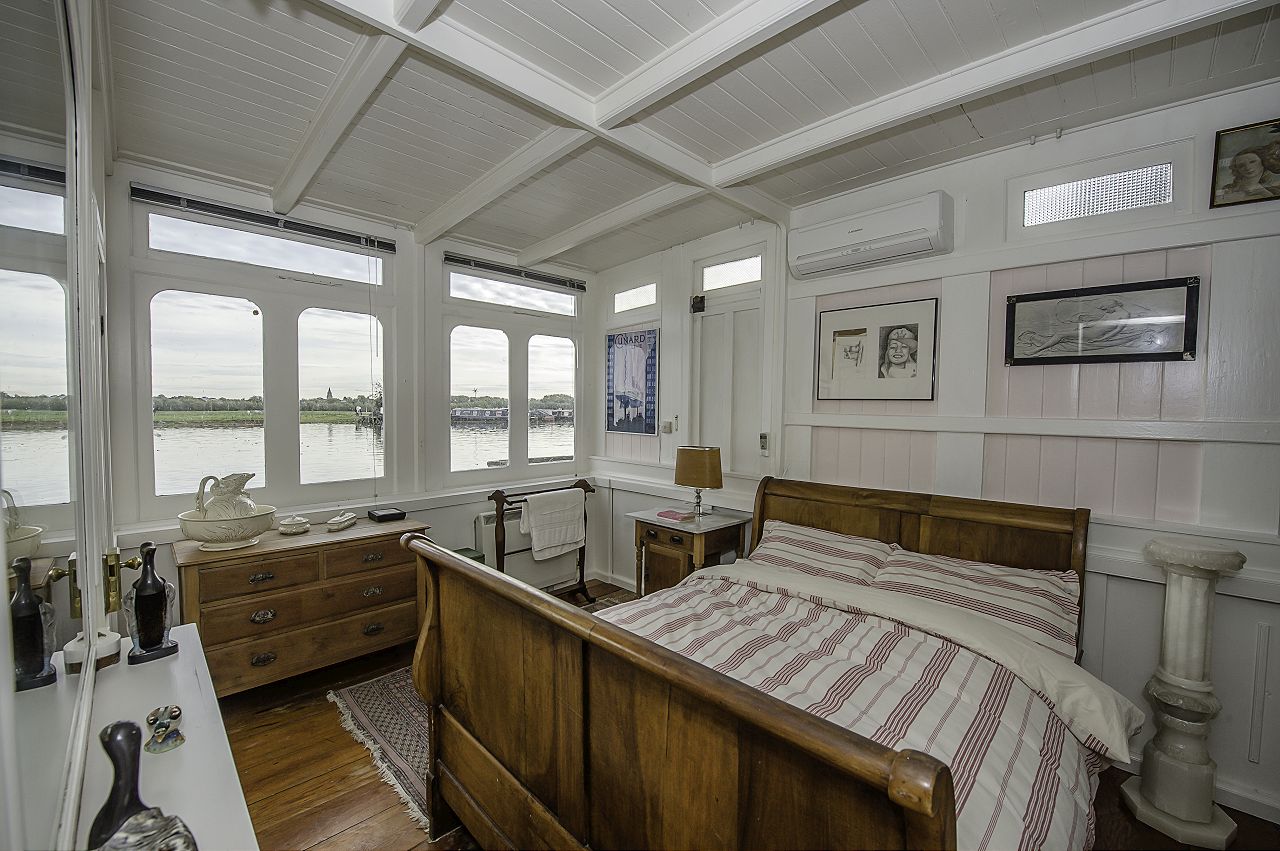 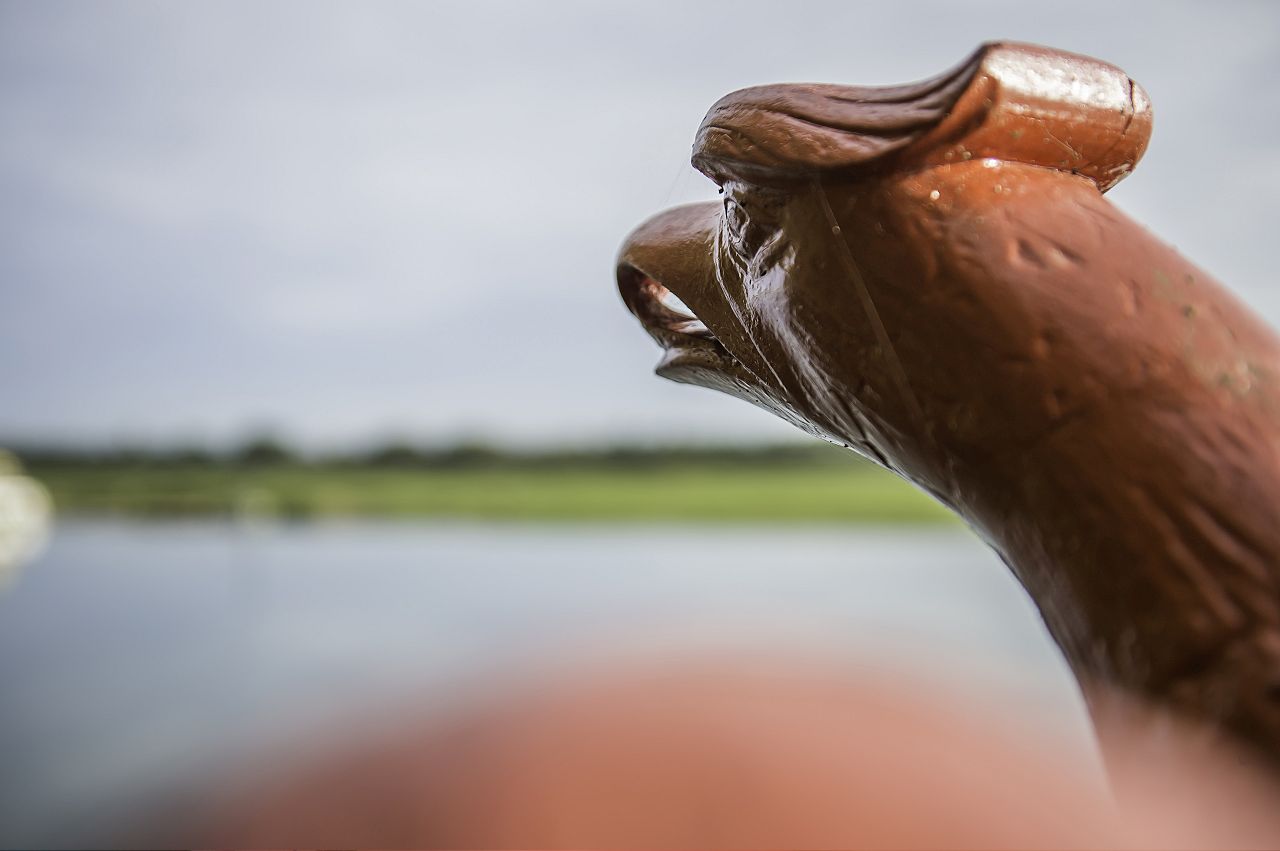 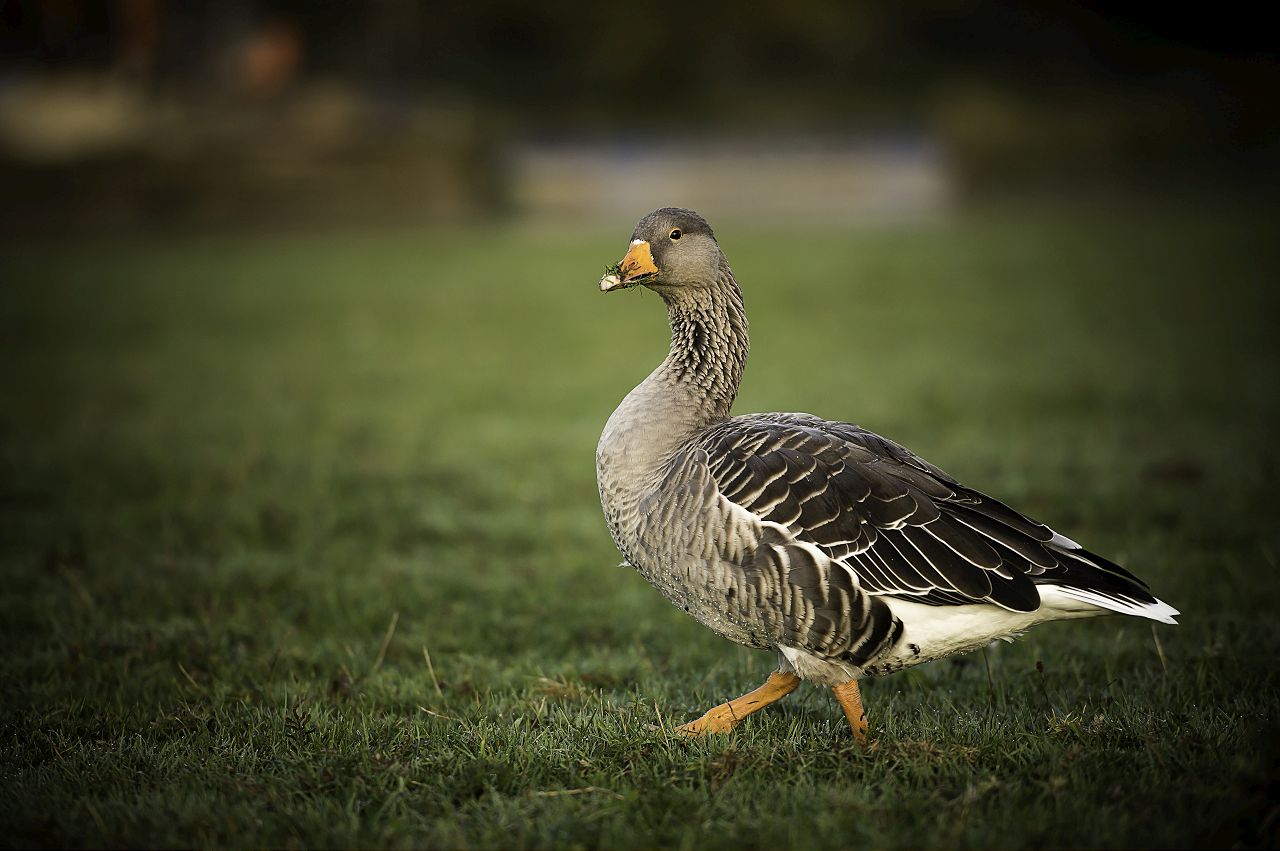 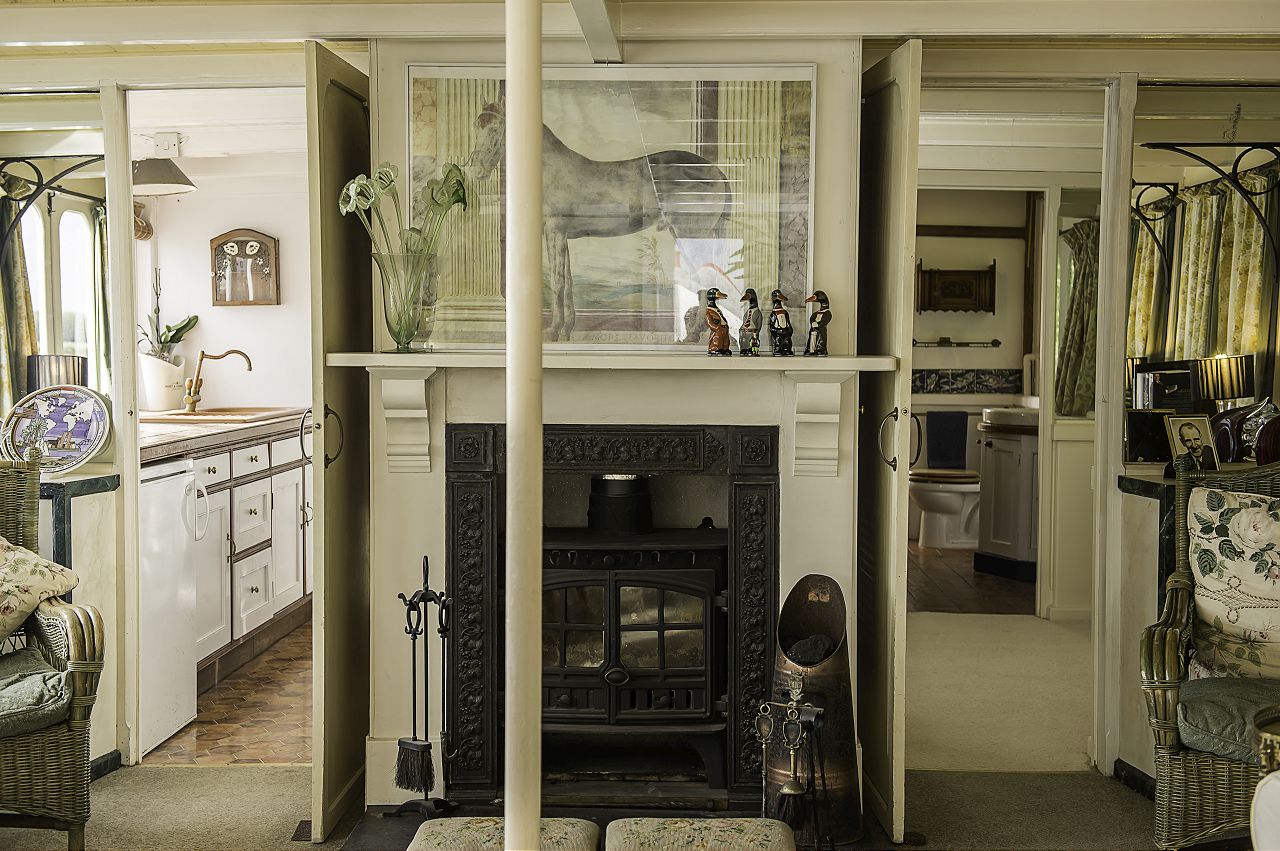 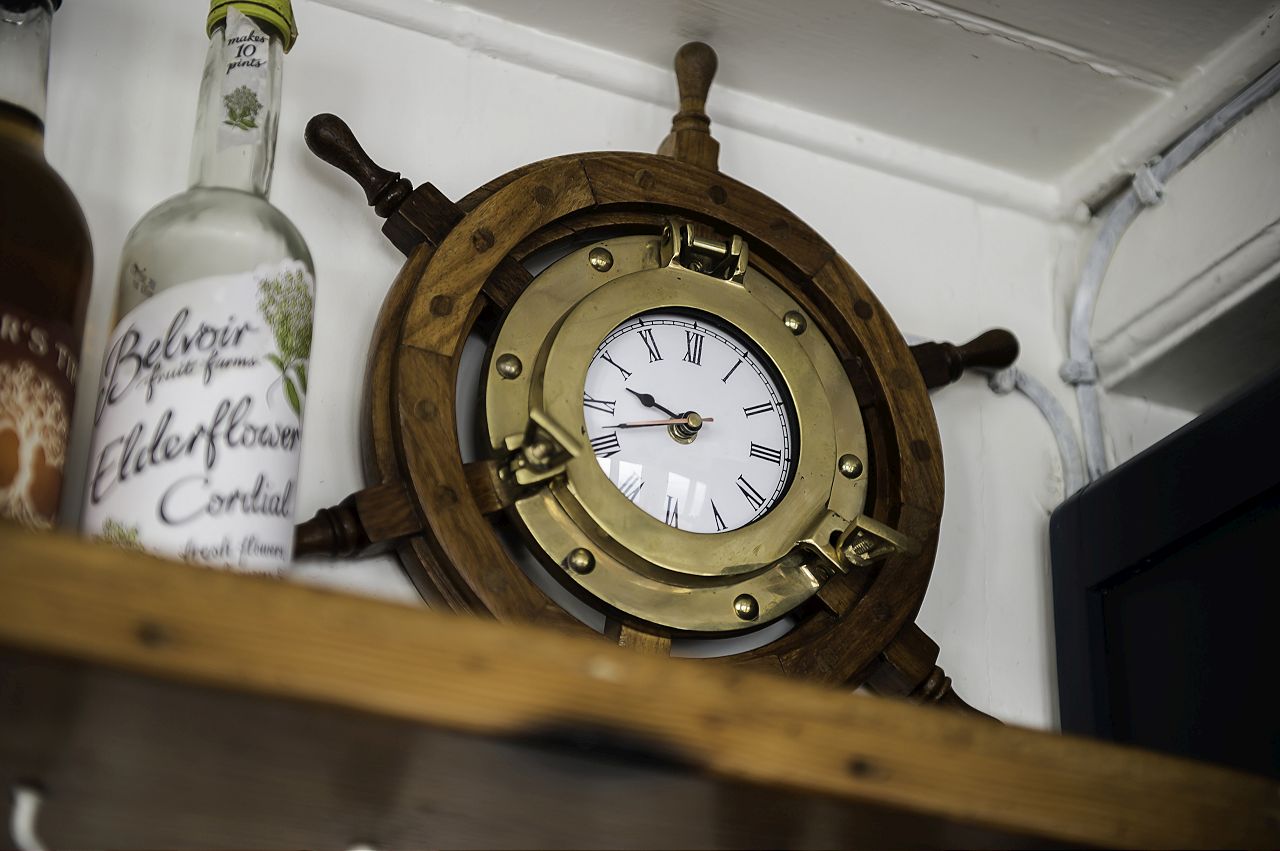 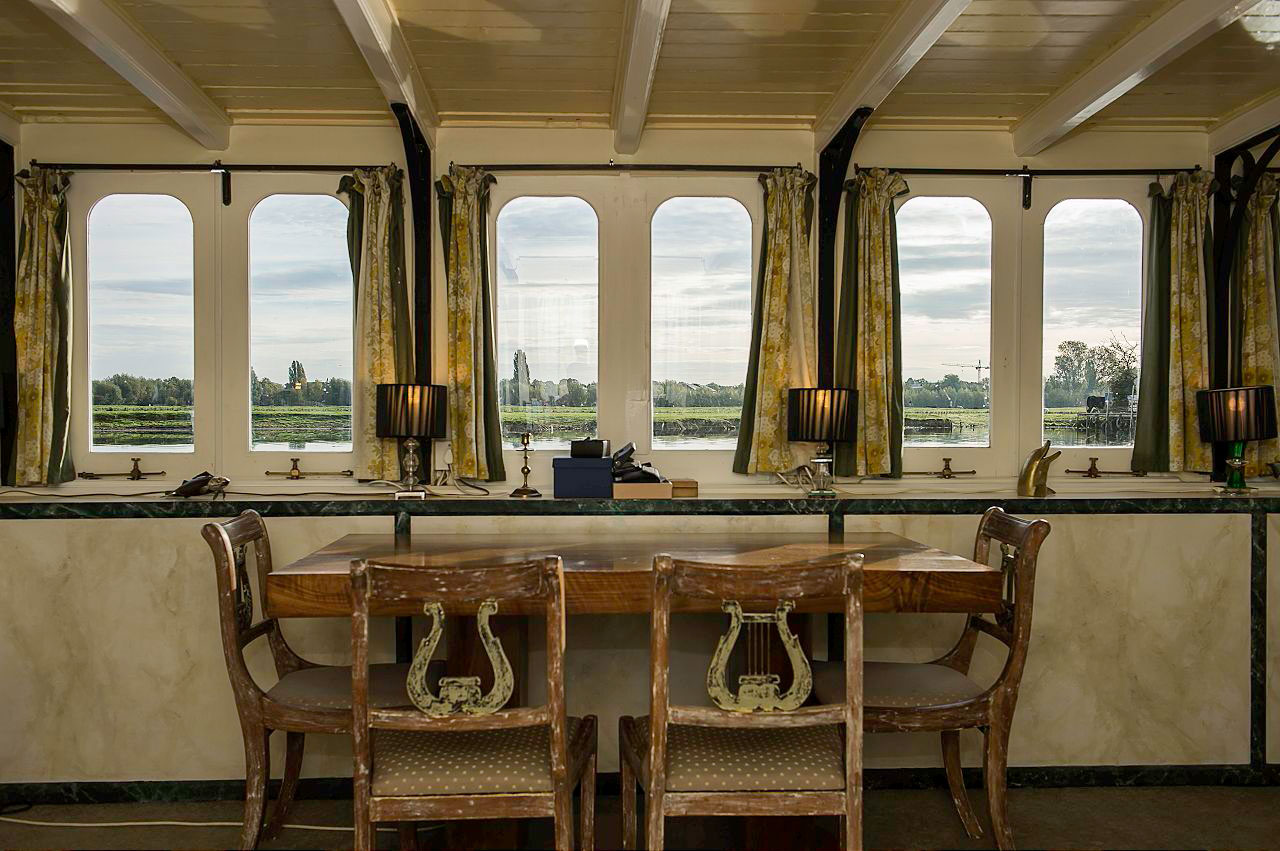 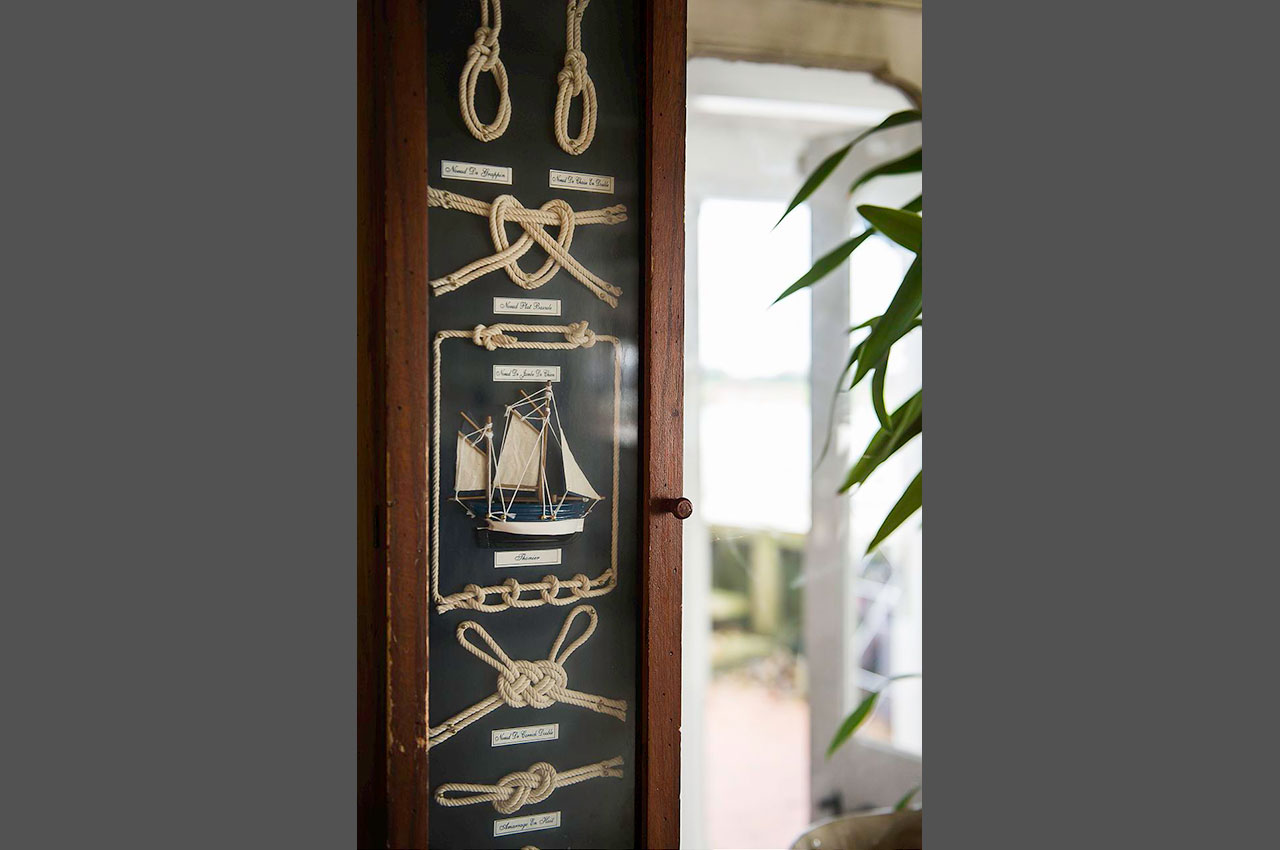 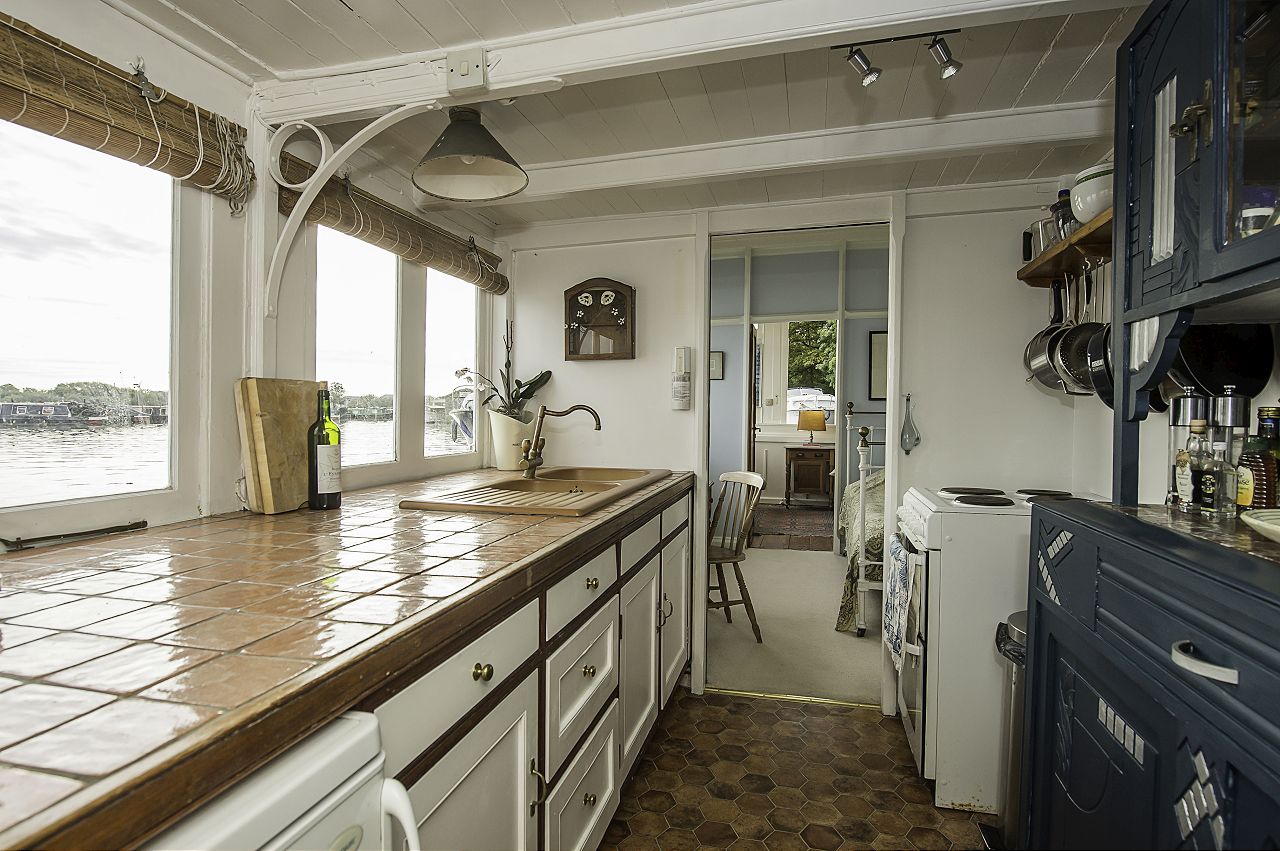 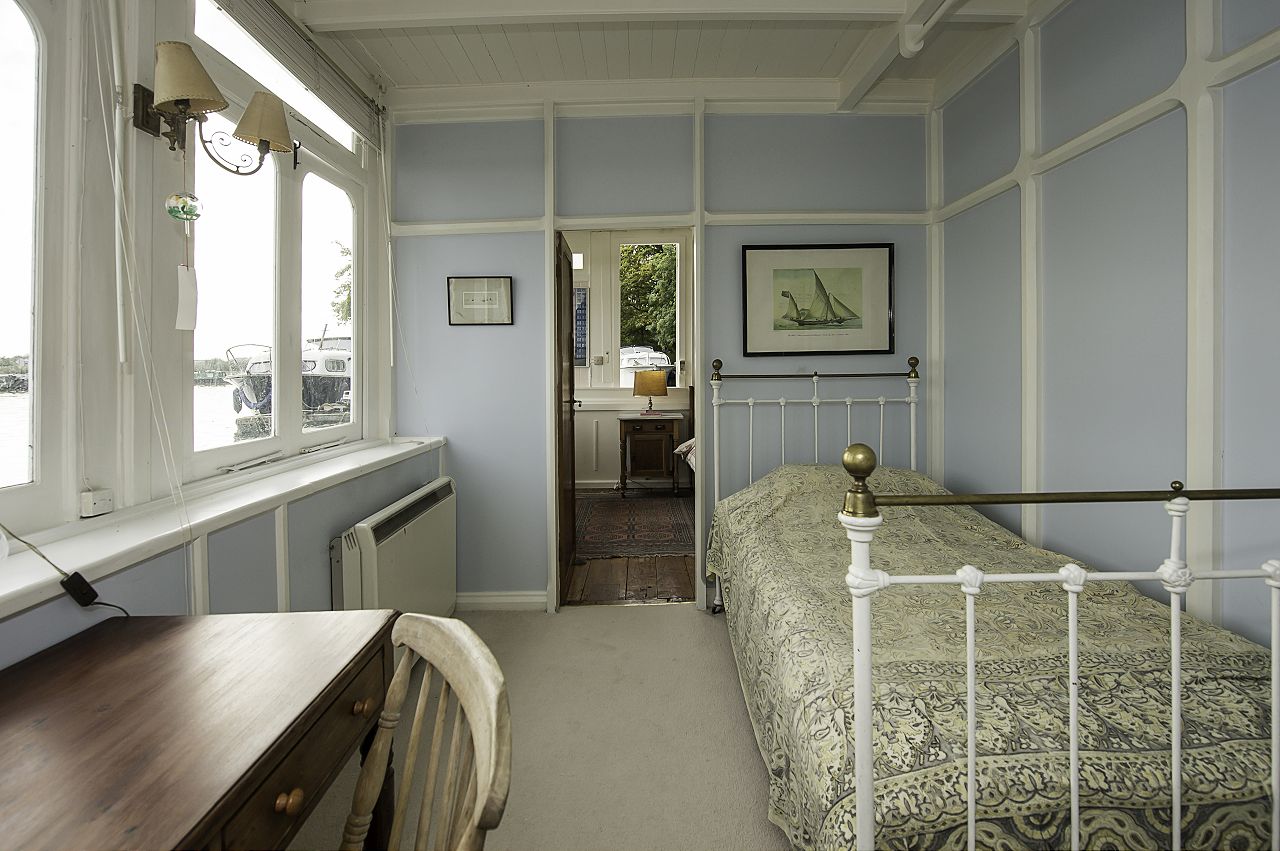 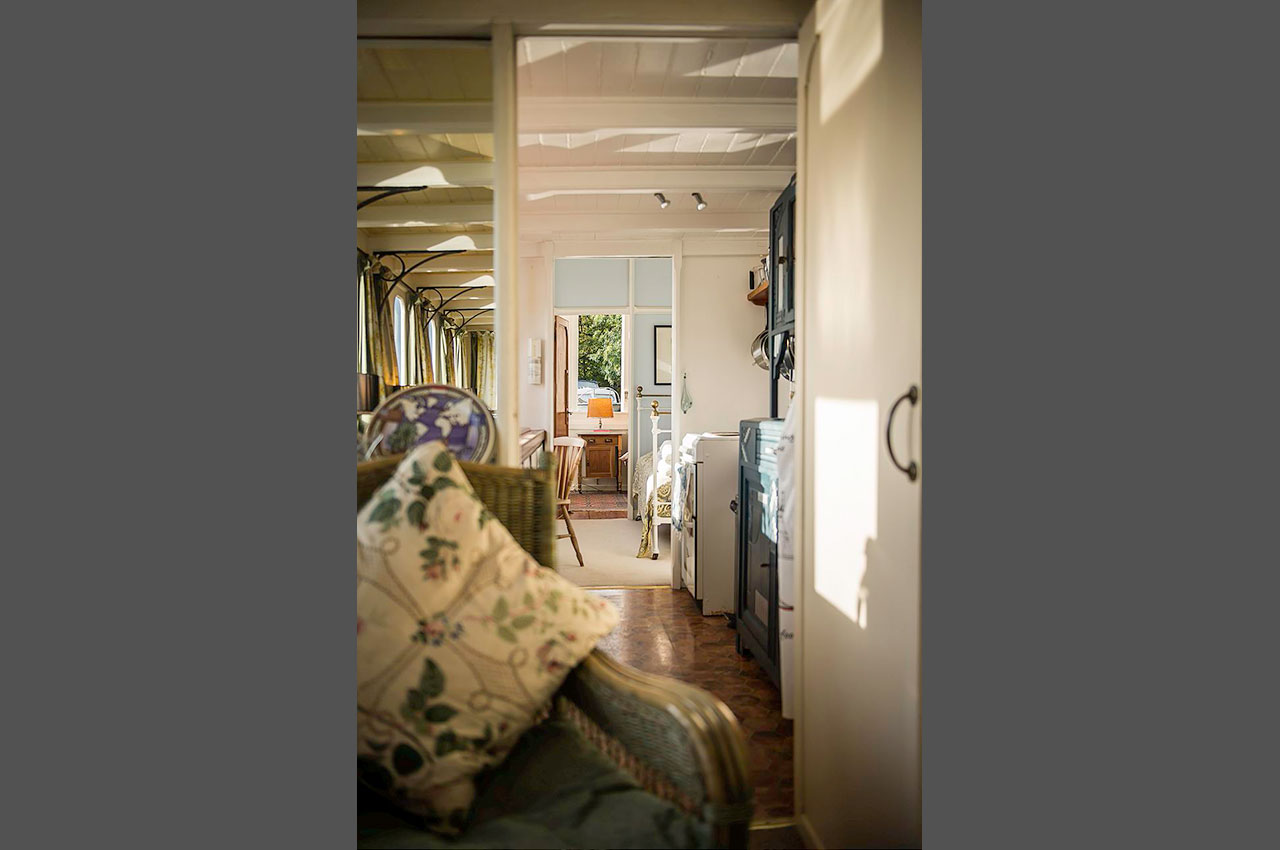 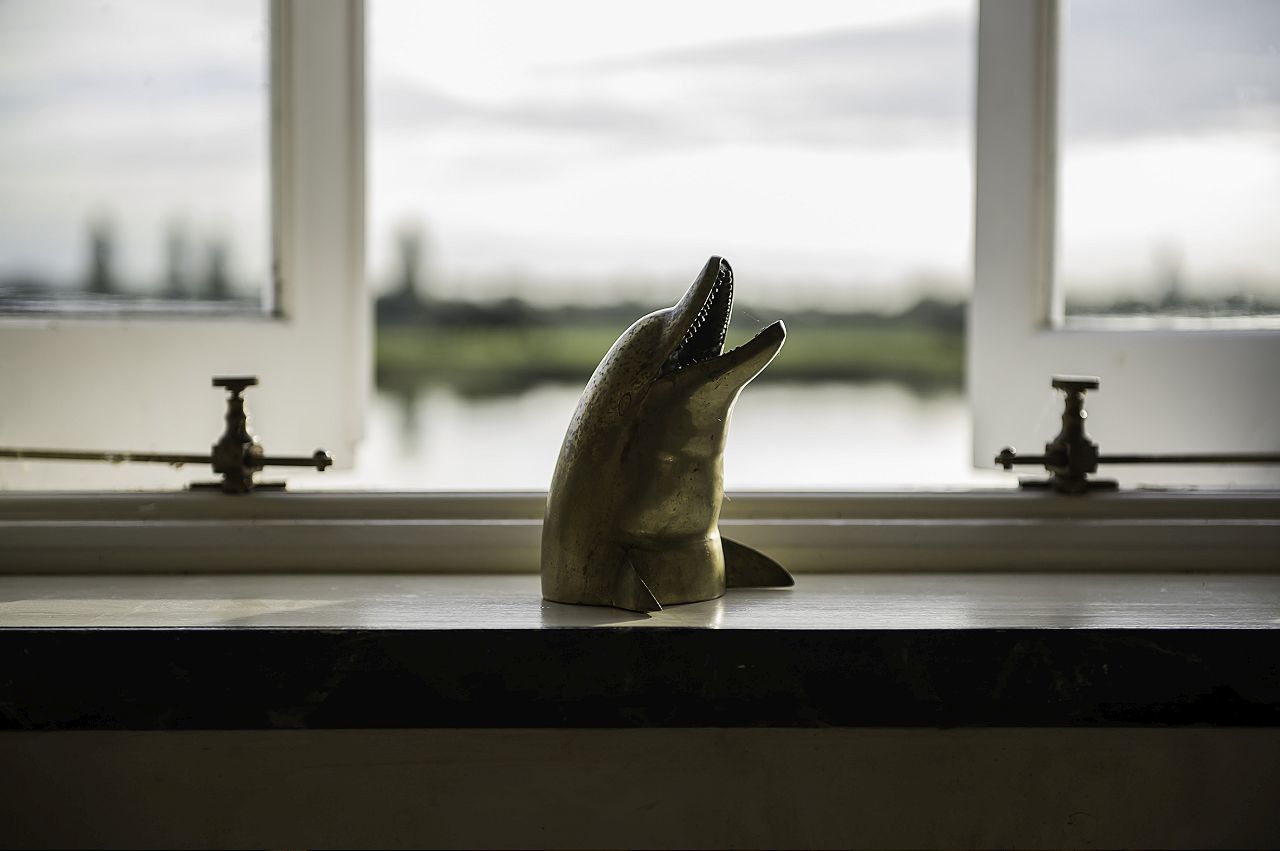 Just two of the some forty Oxford College barges still remain in Oxford. This Edwardian example is the former Queen’s College Barge.

Originally used as a changing room/washroom for the college rowing crews, it was converted for use as a houseboat in the 1950s before being redesigned by its owner Richard Hamel Cooke. The black and white photographs show the first stages of the restoration work: the placing of a new custom built hull with its rising curved bow end copied identically in form from the original in order to receive the sculptured wooden eagle figurehead. The original red base colour or ‘assiette’ would have been gilded.

Elements of decoration have been inspired by the neighbouring wildlife sharing the river and water meadows opposite.